Etzel near Wilhelmshaven is home to a natural underground salt dome, where the first caverns were created to store German emergency crude oil supplies already in the 1970s.

The Etzel salt dome is also particularly suitable for the storage of natural gas, due to its beneficial geological properties, its proximity to major natural gas import pipelines, and the connection to both the German and the Dutch natural gas network.

Dutch-German Friesland is already a major junction in the gas economy's infrastructure - the Etzel cavern storage facility is a major component of the North-West European natural gas hub. 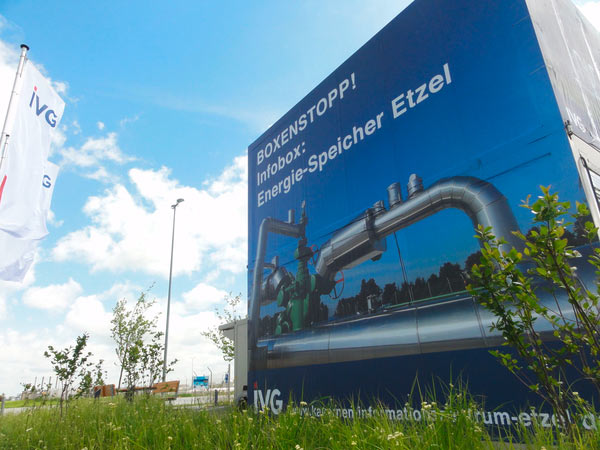 More information on the topic can be found in the information box of the Cavern Information Centre of Storag Etzel in Etzel or on the Internet: